Starting in the early 1990s, welders began suing the manufacturers of welding consumables claiming they developed a neurological disease caused by exposure to manganese in welding fumes. 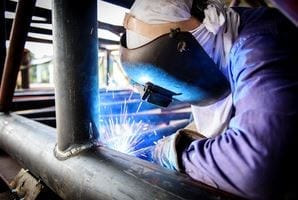 Pat Gloor, Steve Ellenbecker, and Steve Shear were retained by the welding industry to defend these cases in the Midwest (Illinois, Wisconsin, Indiana, Ohio, Missouri, Kentucky, Michigan, Pennsylvania) and Hawaii. Among all three of them, this team tried 10 cases to verdict and only one of which ultimately ended in favor of a plaintiff. The one loss was clearly a compromised verdict. None of the cases handled by Pat Gloor, Steve Ellenbecker, or Steve Shear were settled.  The cases they handled went to trial and the cases that did not were voluntarily dismissed by plaintiffs themselves after their medical conditions were proven to be unrelated to manganese.  The plaintiff’s lawyers eventually capitulated and filed no new claims after 2011, and the MDL, which had thousands of cases pending in the U.S. District Court in Cleveland, OH ultimately dissolved.

In the course of defending the welding manufacturers, the team worked with neurologists from all over the world (England, Argentina, Canada, United States) and became experts themselves in naturally caused or idiopathic diseases that manifested in the plaintiff with no contribution from manganese. The team also had the opportunity to work with experts in other disciplines including epidemiology, electrophysiology, neuropsychology, industrial hygiene, welding engineering, and human factors.

Join our e-newsletter for the latest
from Johnson & Bell.