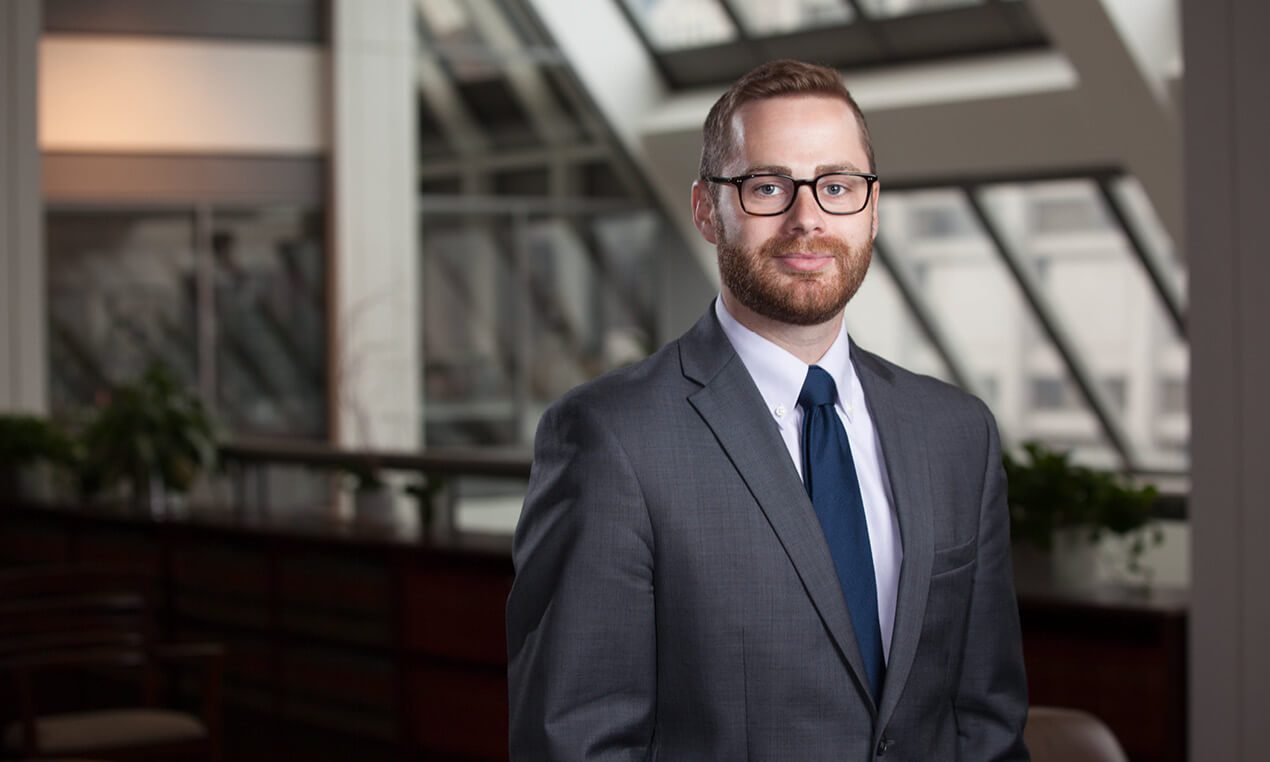 In 2019, Mr. Thompson won a motion to vacate an order reinstating a nursing home case premised on relief under Section 2-1401. Plaintiff was initially allowed to refile a cause of action in Cook County without any notice to Defendant. Following extended motion practice arguing against 2-1401 relief, the initial order was vacated and 2-1401 relief was denied. Mr. Thompson’s client was not subject to this lawsuit for a 2013 occurrence that would otherwise have been allowed to move forward.

Mr. Thompson’s practice also includes general liability defense, including premises liability. In 2018, Mr. Thompson obtained summary judgment in favor of a hospital client in a premises liability lawsuit. Plaintiff filed suit against the hospital and a contractor claiming that the two defendants had created a dangerous condition by allowing a construction ladder to remain unsecured and in an unsafe position. Mr. Thompson successfully argued that the ladder’s dangerous condition did not rise to such a level as to put the hospital on notice. The Judge agreed, dismissing the case against his client with prejudice.

In 2017, Mr. Thompson co-chaired a jury trial involving a claim arising at a Chicago area hospital. Plaintiff claimed that he was improperly transported on a gurney and injured his foot resulting in partial foot amputation. Plaintiff’s counsel asked the jury for $1.5M in damages. After a five day trial, the jury returned a not guilty verdict for Mr. Thompson’s client.

Mr. Thompson earned his J.D. from Chicago-Kent College of Law. While earning his degree, Mr. Thompson also received multiple CALI Awards for Excellence and numerous inclusions on the Dean's Honor List. Mr. Thompson is a member of the Illinois State Bar Association and Chicago Bar Association.